Video, Political / Social, Short film, 8:2
Short film luna bandiera planetario america globo nasa nazionalismo imperialismo scoperte
'New Moon' is part of a larger project called ‘Re-Discoveries’. In this piece, I re-appropriate and manipulate the historical moon landing footage and the famous sequence that culminates in the heroic planting of the US flag on the surface of the moon. New Moon is an attempt to convey an alternate sense of the planetary by way of an alteration: a common memory of images we all saw once in our lives -the american flag on the moon - is re-taken from the NASA archive and replaced with an image of a globe no longer aligned through North South geopolitical dynamics. The piece thus interrogates not only imperial cartographic representations and memories but also the tradition of inverted maps and other ideological gestures of reversal. It suggests the possibility of a third way to be present on the planetary, a more horizontal one.
beyondmemory (Visible White 2012)
2 I Like I don't like
0 Comments
161 Visits
Share

Has been liked by 2 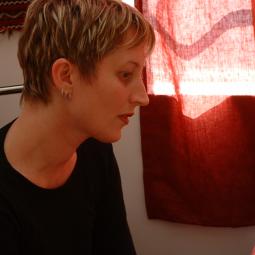