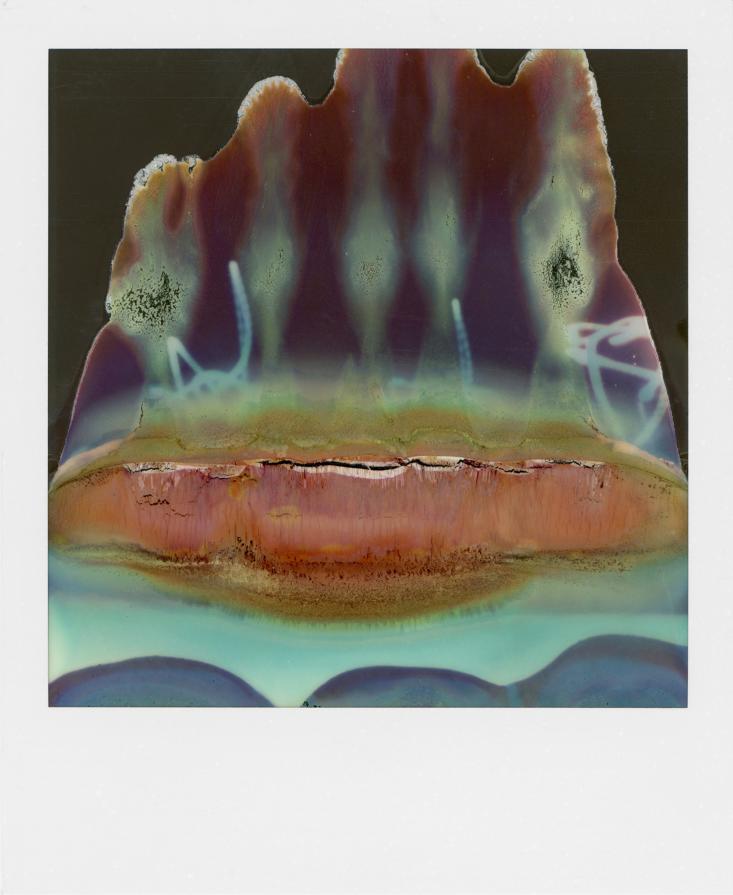 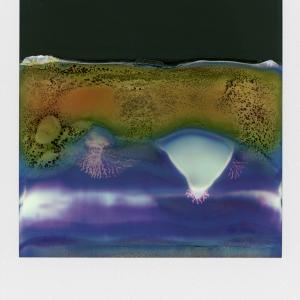 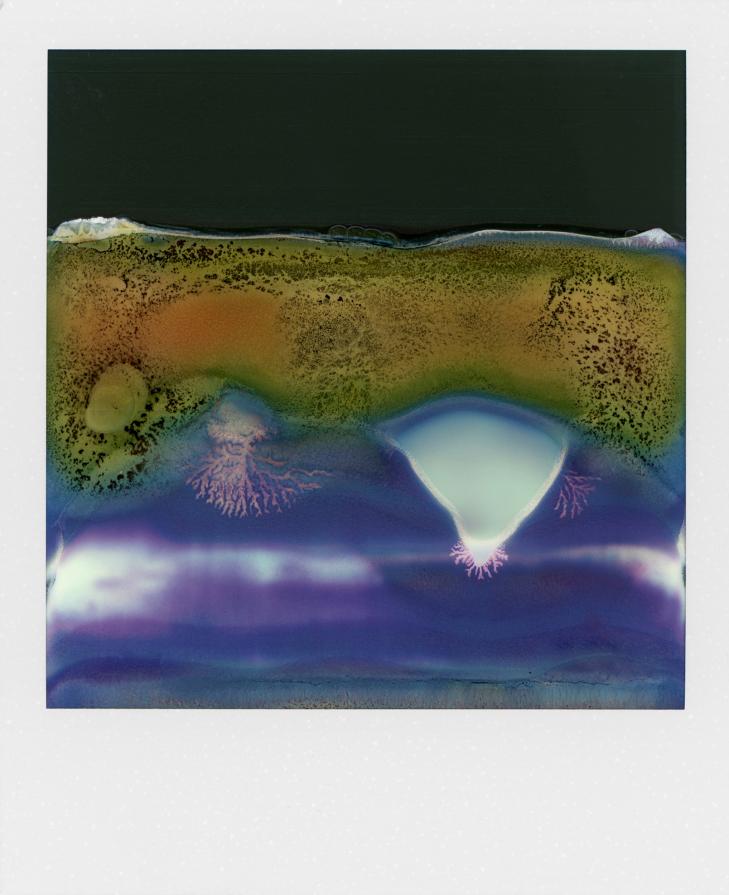 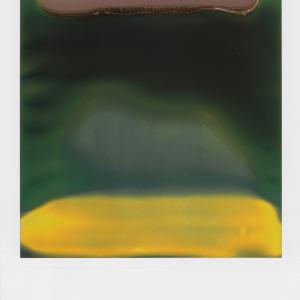 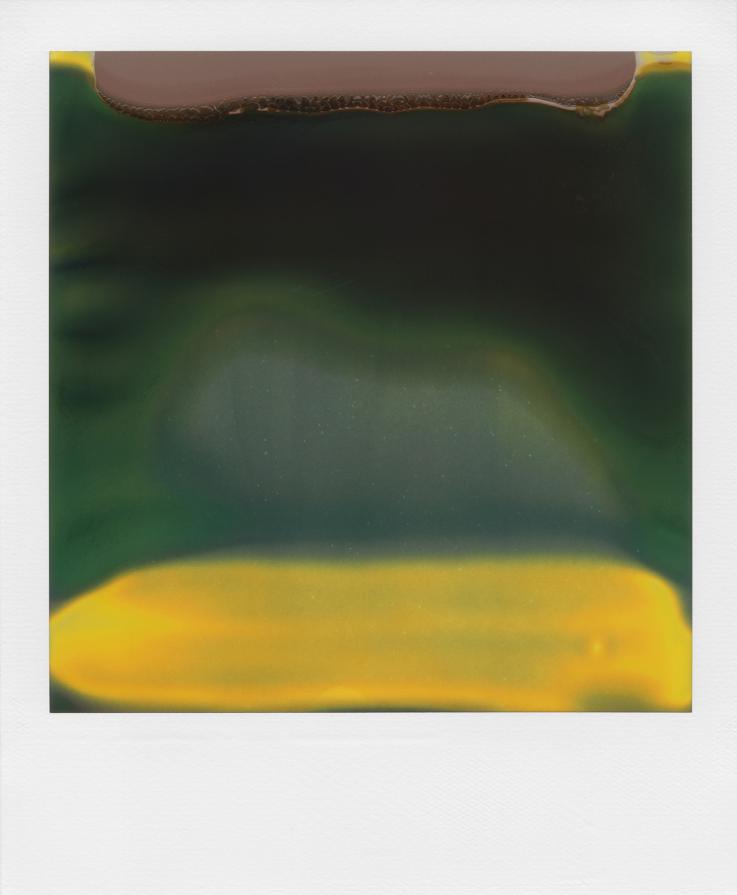 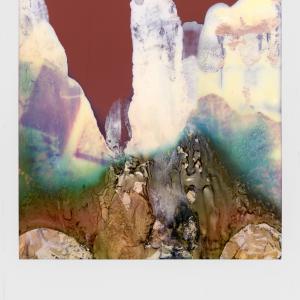 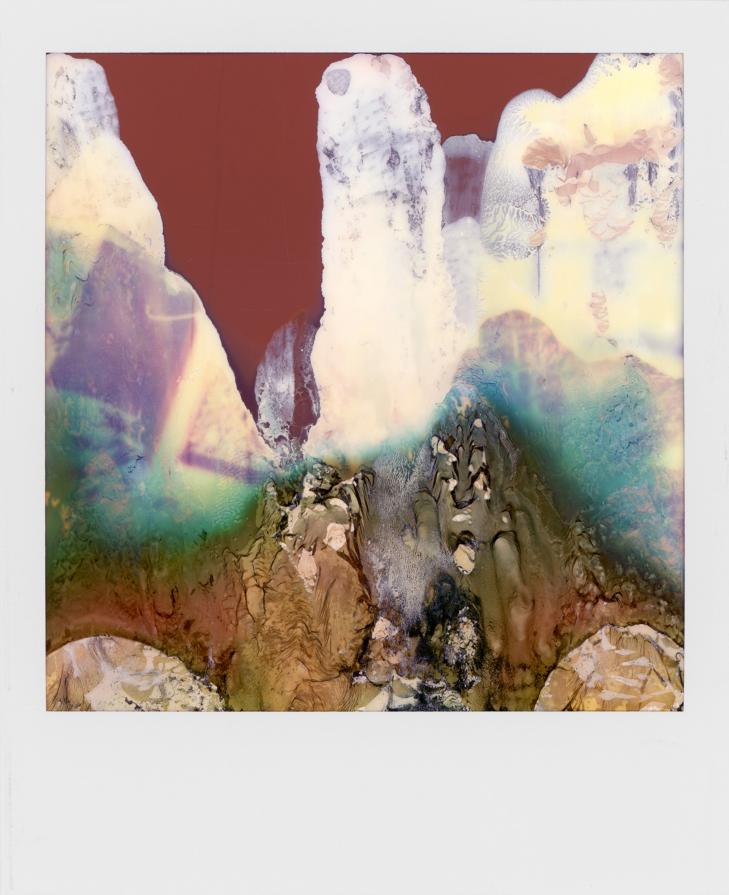 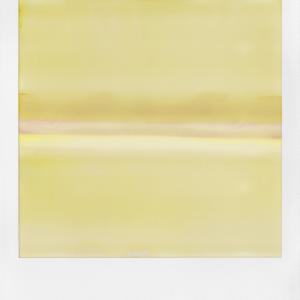 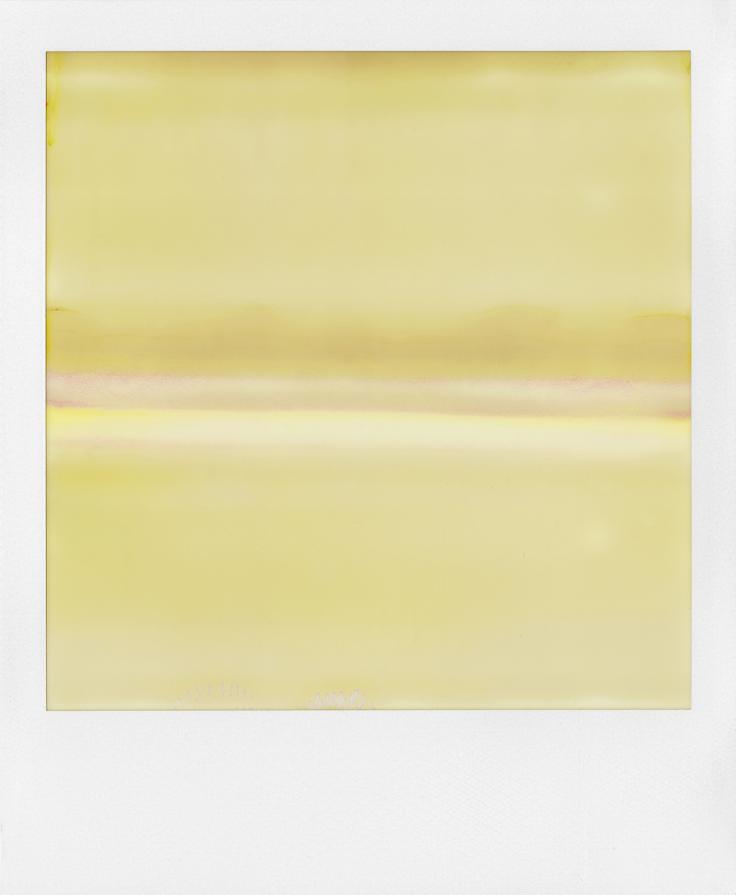 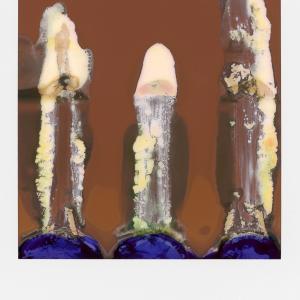 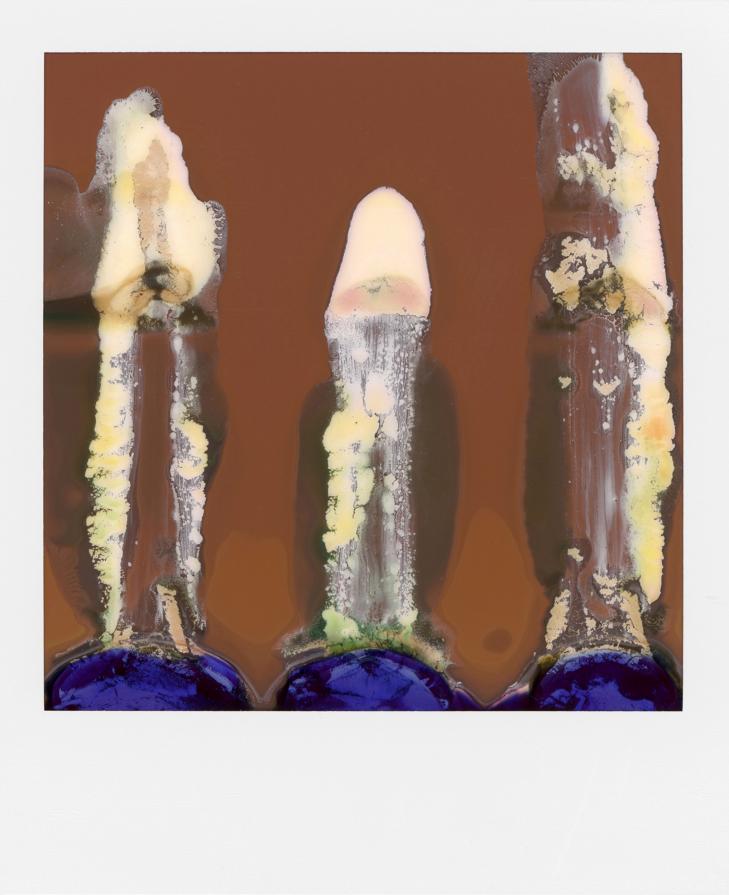 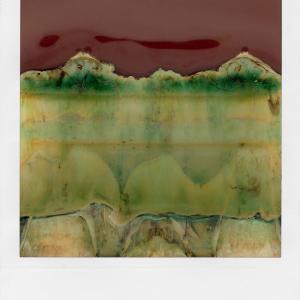 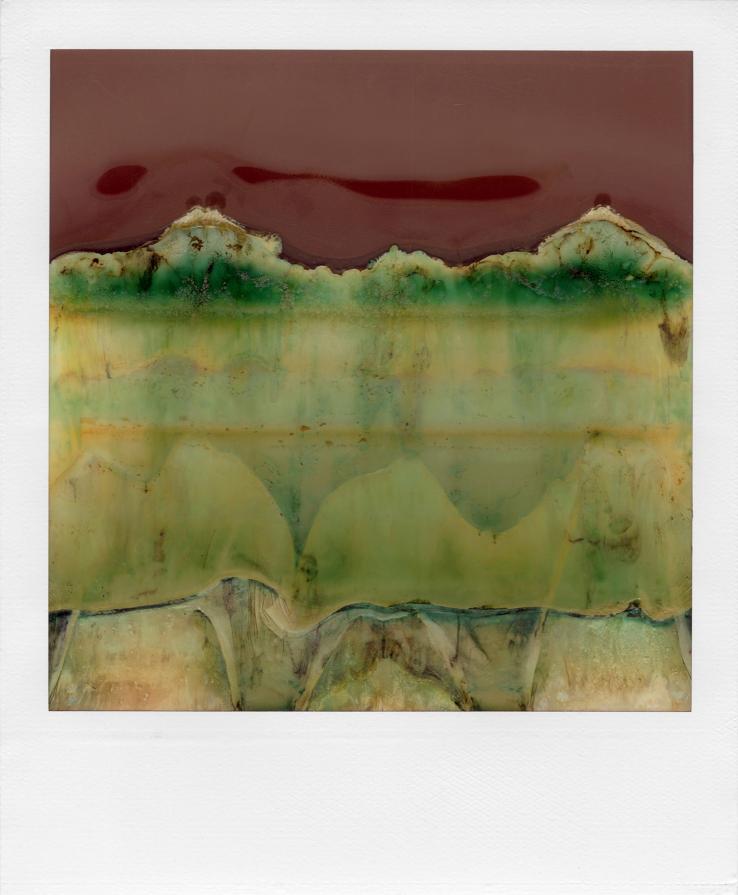 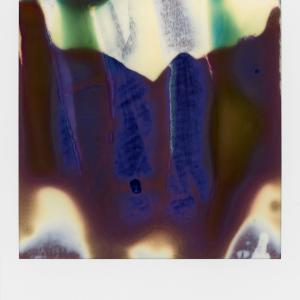 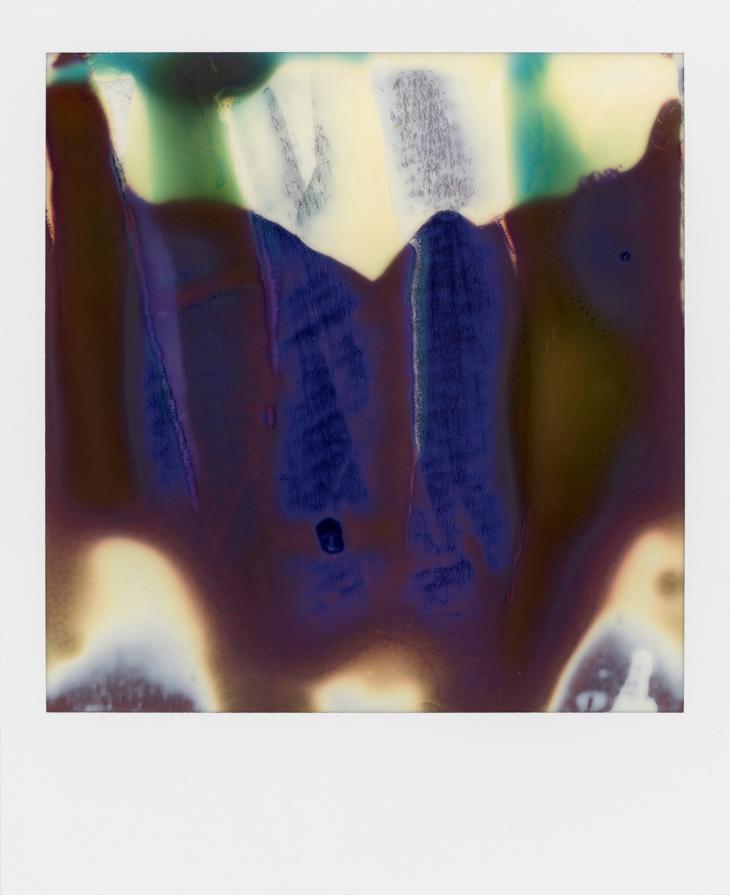 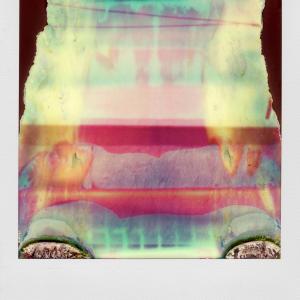 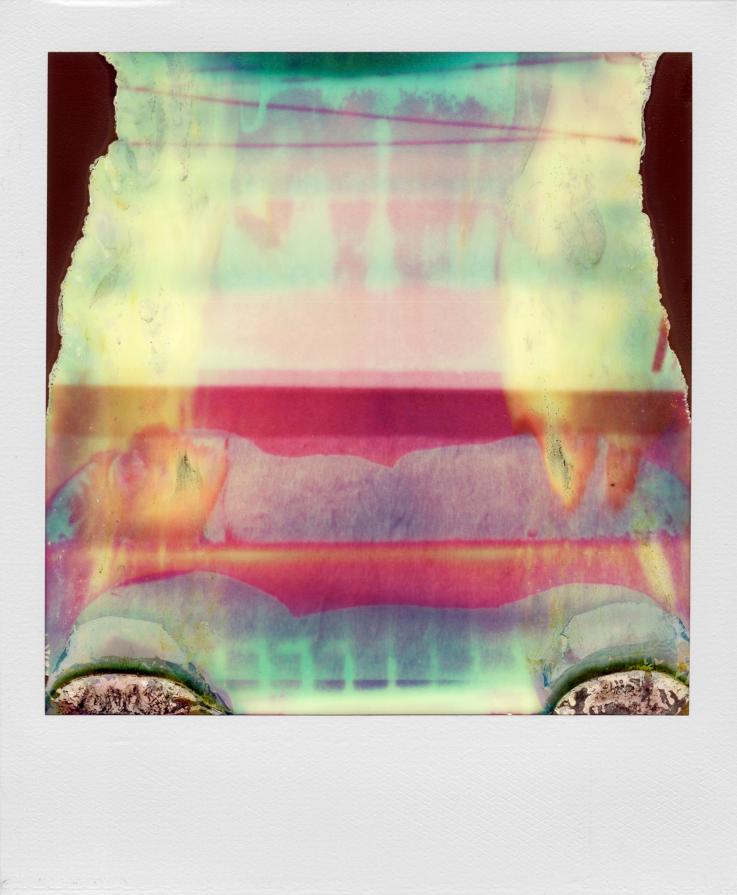 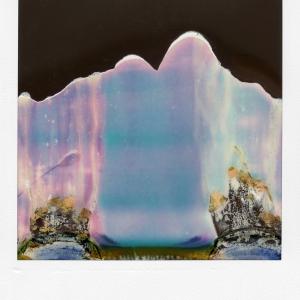 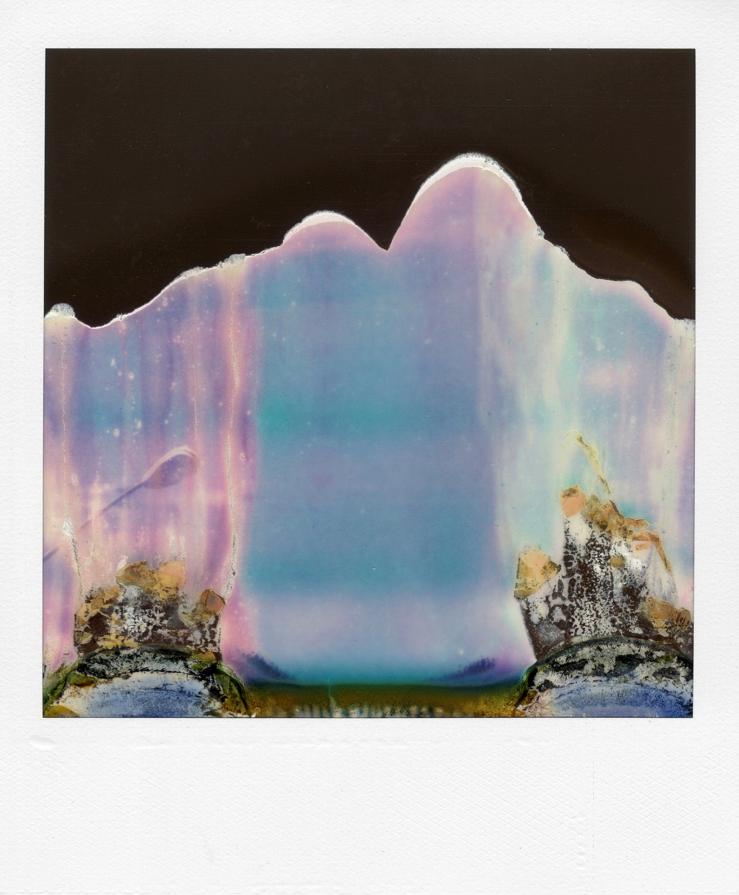 Analogue Photography, Beauty, Abstract informal, Minimal, Analogue, 76x91cm
Photographic paper Analogue / Traditional abstract polaroid
These pictures are taken with a camera that is, by most definitions, broken: an old Polaroid SX-70 camera that I rescued from a yard sale.

With its first use I realized the camera wasn’t functioning properly. It sometimes spills out 2 pictures at a time and the film often gets stuck in the gears, exposing and mangling them in unpredictable ways. I've figured out how to control and accentuate aspects of the camera's flaws but the images themselves are always a surprise. Each one is determined by the idiosyncrasies of the film and the camera.

I am impressed with the old technology’s resilience. This Polaroid camera is broken, by chance, in a way that is productive but the flaw that has given it that extra dimension has also robbed it of its initial purpose. When the narrative and depictive elements are nearly removed from the photographs one can concentrate on the details of its abstraction. Any representational remnants of the original image as well as any hint of the will of the photographer become recontextualized inside this new dynamic.

What the final photographs shows is a picture of the Polaroid process itself frozen in time and plucked out of the camera mid gesture.
Shortlisted Lapsus (Visible White 2013)
17 I Like I don't like
5 Comments
957 Visits
Share

Has been liked by 17

7 years ago
Francesco Radici Artist
I like your work, the Polaroid's film is expressive even it doesn't work

7 years ago
Geoff Dunlop Artist
Truly wonderful. John Cage must be jumping for joy somewhere out there. I think all your stuff is really great. Good luck. 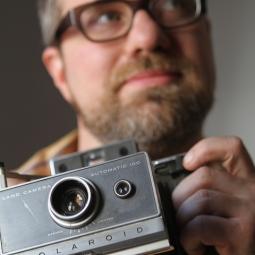