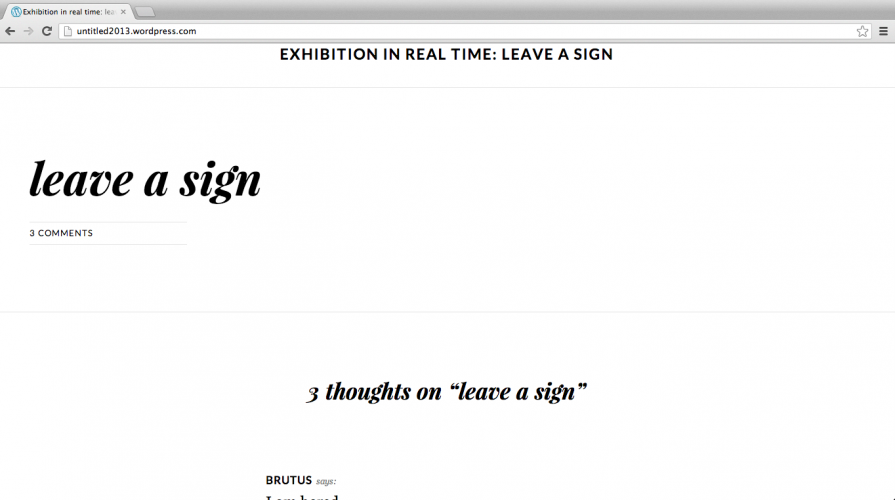 Performance, Political / Social
identità internet spazio pubblico spazio privato
http://untitled2013.wordpress.com is a project that is born now and it will always be in constant evolution.
It aims to describe the human element of the Net, the new photo of the Man.
The image of each of us is now devolved upon the Net. A portrait is no longer an oil painting, is no longer a photograph; it is what is left in the Net.
The work aims to give evidence to the new mirror but also to the new will of representation become will of connection, expressing the will of each of us to be, to be connected.
The project has a clear reference to the work of Vaccari 1972, when at the Venice Biennale with "Real-time display 4. Leave on these walls a photographic trace of your passage " he invited the visitor to get into a Photomatic, to make a picture and hang on the wall its image.
The event becomes an expression of identity and of an image of the relationship between private and public space. A person discloses himself as an individual and sometimes in pairs or groups and thus making known his need for community, and is exposed to public judgment. That curtain Photomatic, on which the police intervened to shorten it, created a private space of free expression; the strip, hanging on the walls of the Biennale, shows itself to the public space.
The modern confessional becomes the web with its social networks and its blogs, the new mirrors of identity, through which playing with your self, telling stories, just like a strip was in the seventies. The photo as the perception of a presence, such as a physical trace, which has now moved into the web.
But there is no more a curtain to hide our private, the public and the private blend simultaneously. The web becomes an agora invaded by information, communication and relationship typical of what was once a private space.
Finally, the non-participation of the artist at the work in 1972 should be even more relevant today, leaving to the "represented" the right / burden of its own representation, in reflection of the privatization that dominates every aspect of our daily existence.
The formal reference to the work of Vaccari aims to reveal the change which has happened in recent years not only to the mode of representation of themselves, the implication between the two levels of private and public but also to the existential modalities, where to be is being connected.
Installation, Sculpture & Performance (Premio Celeste 2013 (Italy))
1 I Like I don't like
0 Comments
111 Visits
Share

Has been liked by 1 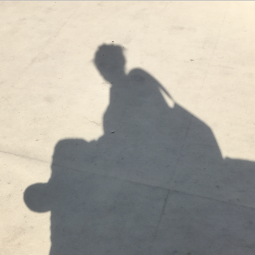