Animation, Still life, Minimal, Animal, Stopmotion
Stopmotion birthday bar montreal laïka matches
Laïka was a Russian female dog. She also was picked to be the first earthling ever sent to space - in 1957, aboard Sputnik II. What history often forgets is that the poor bitch died in the process. Need a more cheerfull story? In April 2009, we celebrated the 10th anniversary of a true montrealer bar. A bar named after the adventurous - and mourned - dog :-). In order to promote this event, Guillaume asked the owner of the bar to give him ten of those match boxes that he had proudly import from Japan. One box for each year. That’s how things got started.
Finalist Video & Animation (Celeste Prize 2009 )
32 I Like I don't like
13 Comments
1112 Visits
Share

Has been liked by 31

10 years ago
Gaudys Laxury Artist
Another fantastic job!! The music on this one is awesome!! All the best....

11 years ago
Guillaume Blanchet Artist
It's high time I took some time to thank you all for your nice comments. I've seen most of the work you all did and it's an honour to be well-judged by such creative people as you. Cheers, g.

11 years ago
Beth Jonquil Artist
that was a really fun and rhythmic watch.

11 years ago
Swetlana Sawadsky Artist
Great! I like it! :)
view all 13 comments 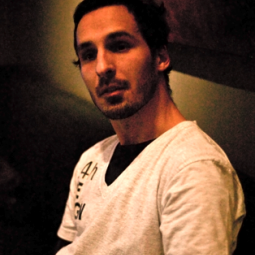