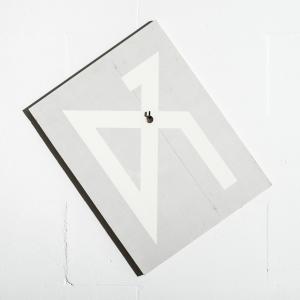 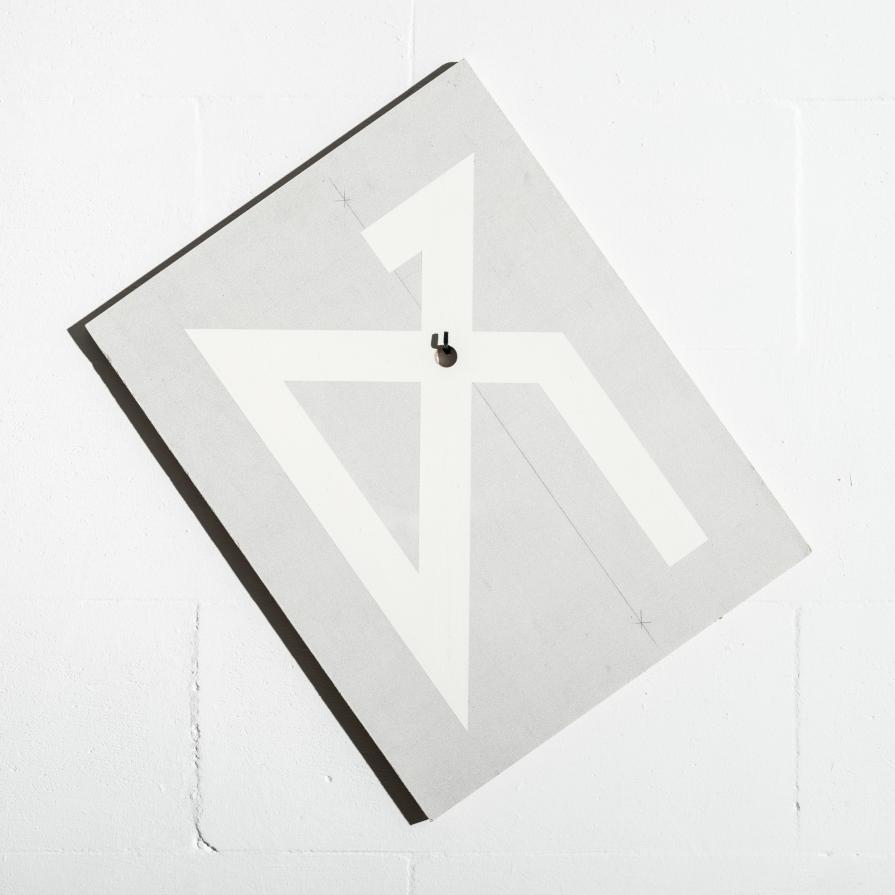 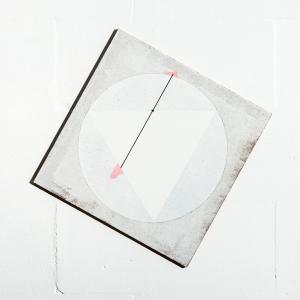 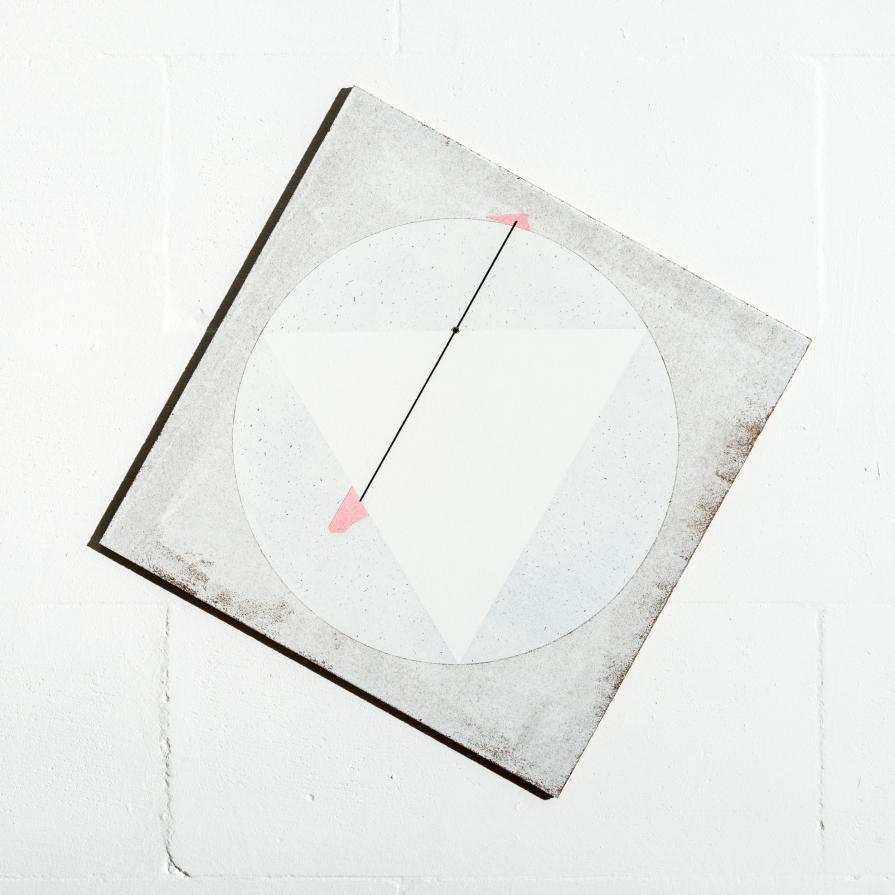 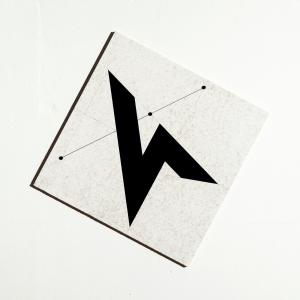 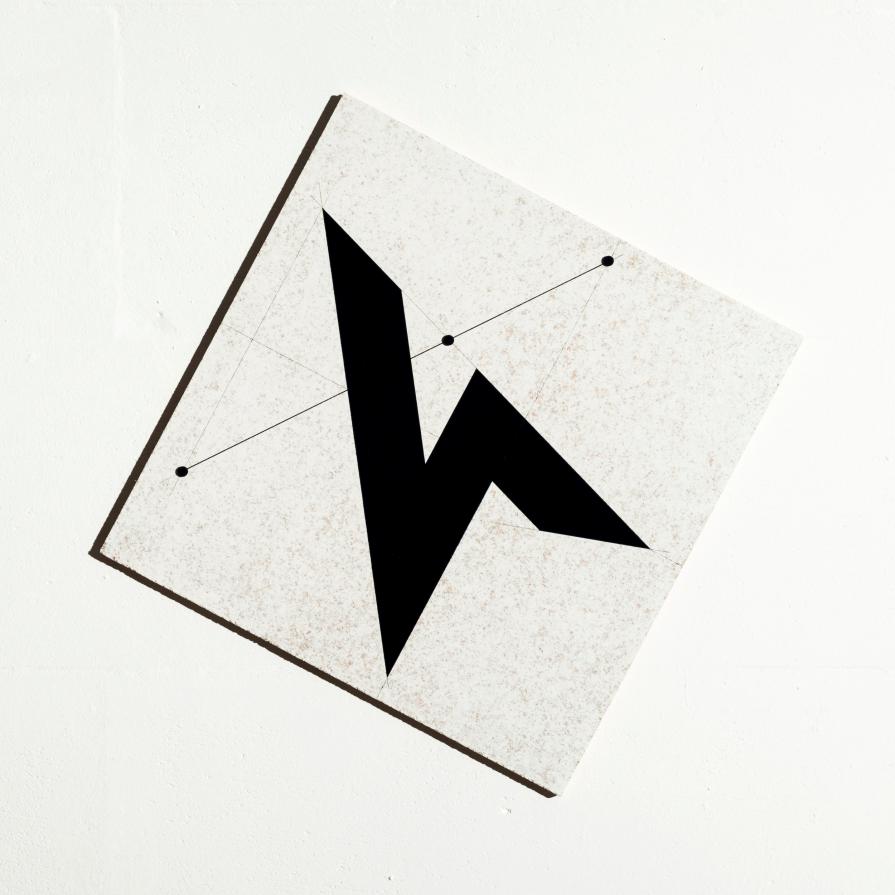 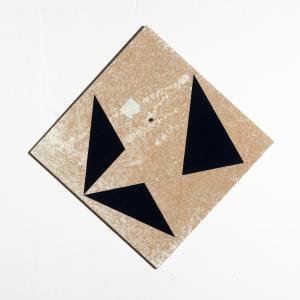 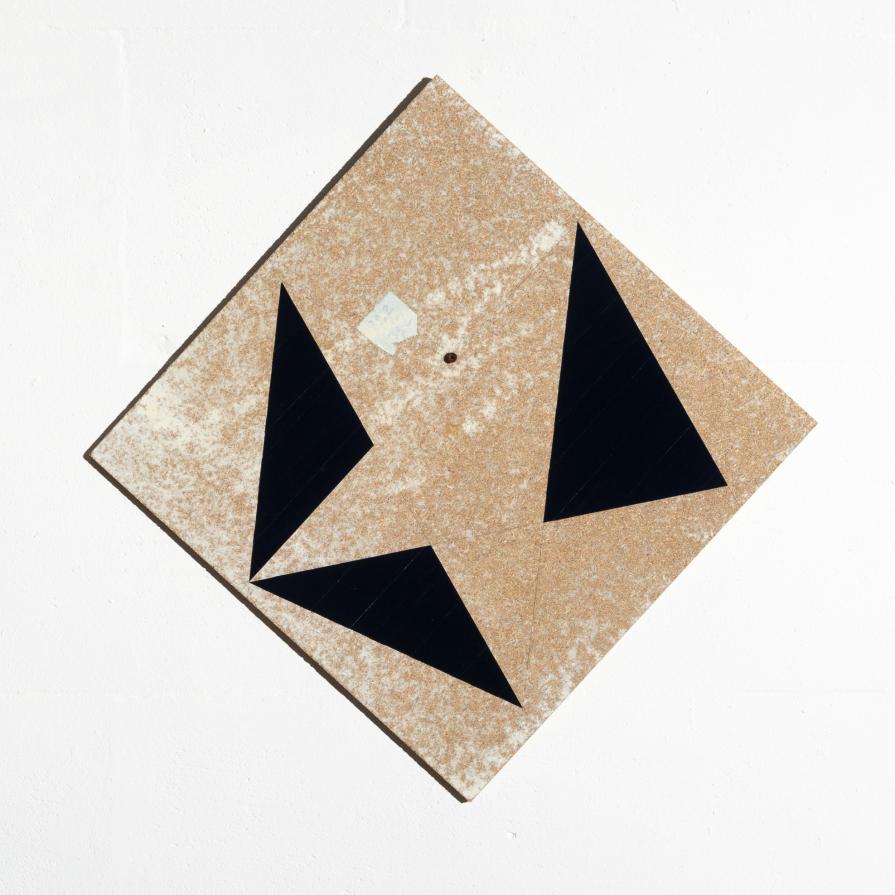 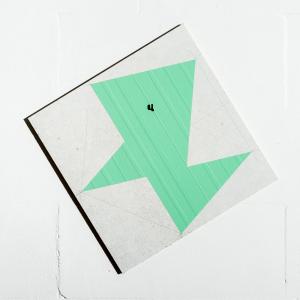 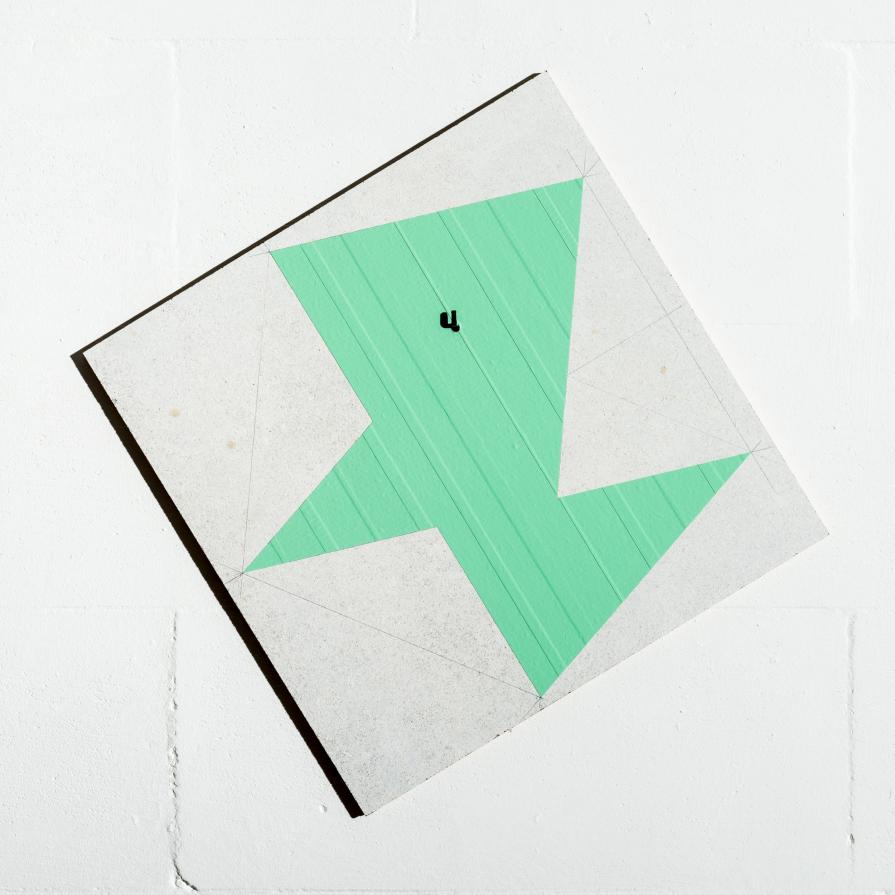 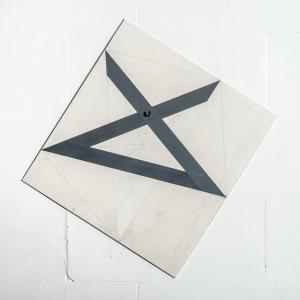 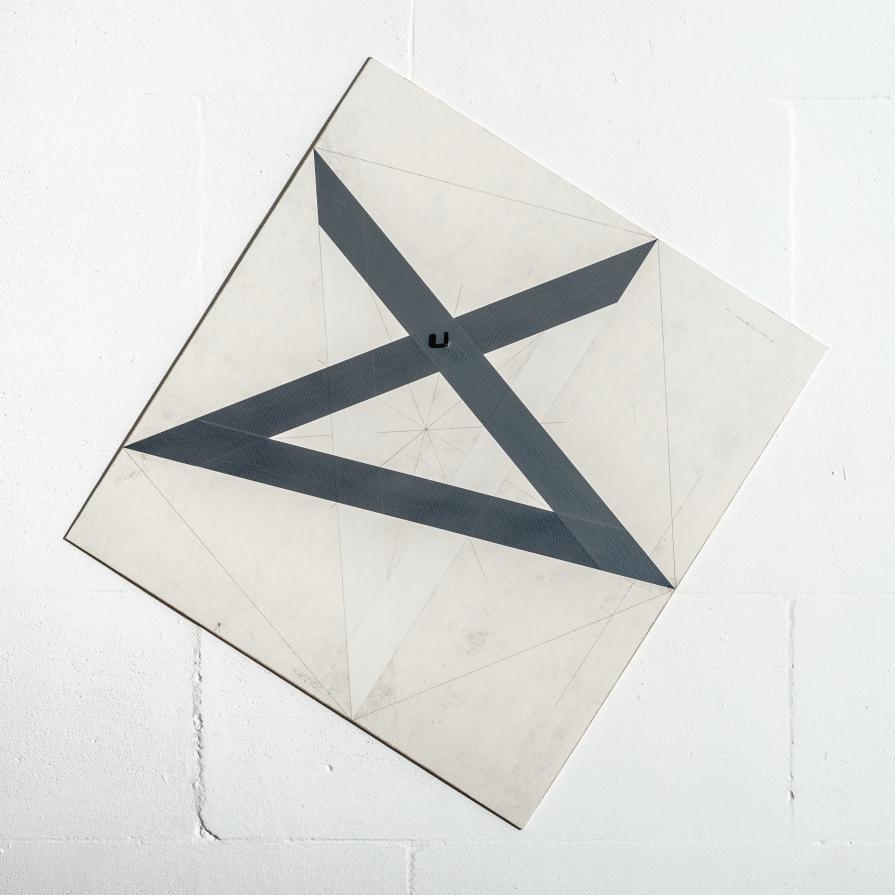 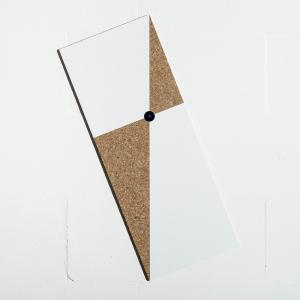 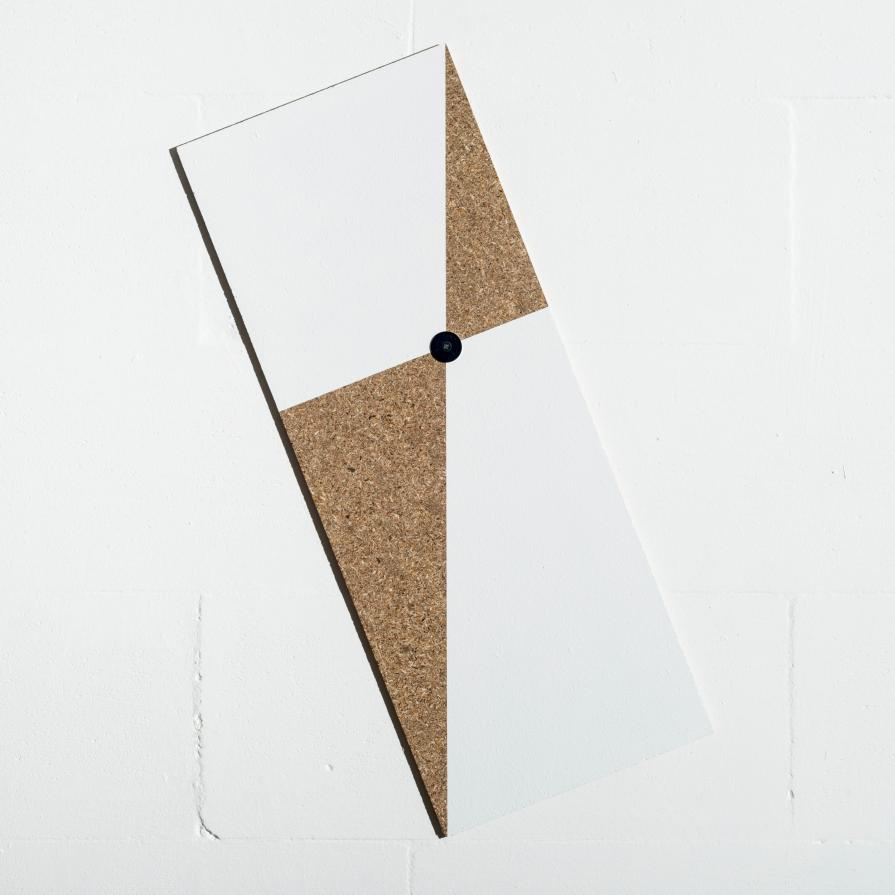 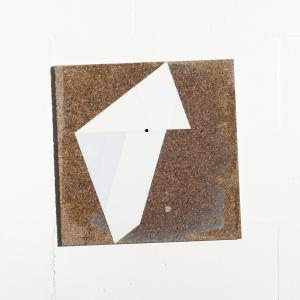 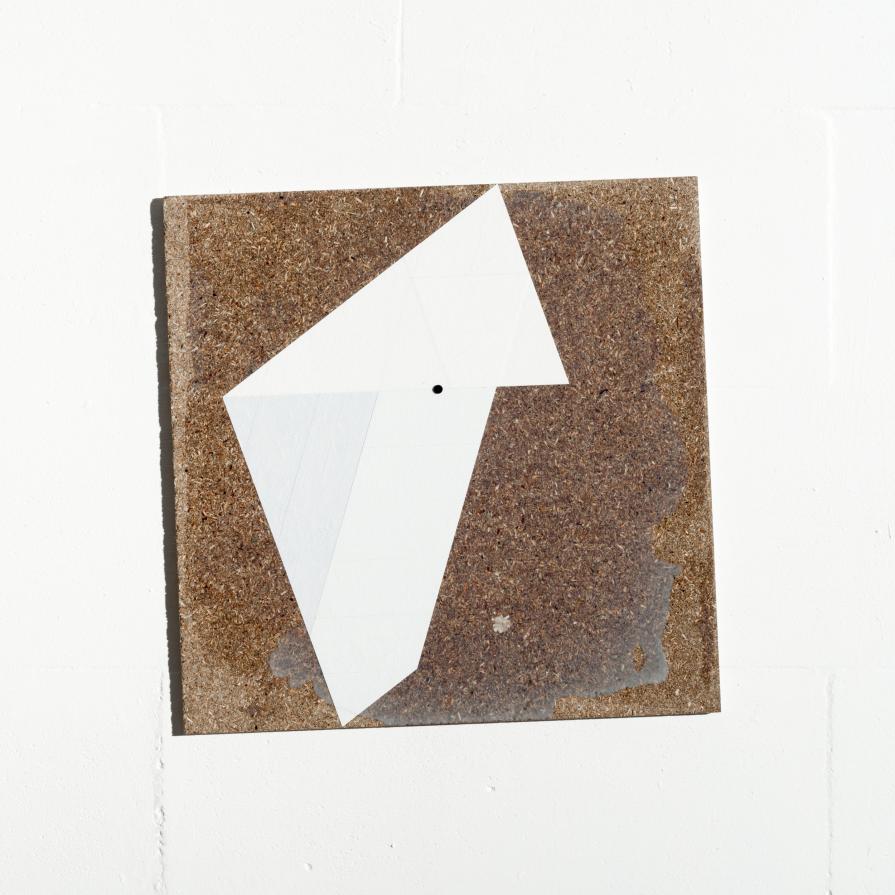 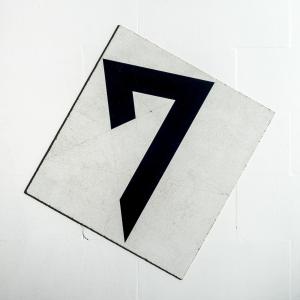 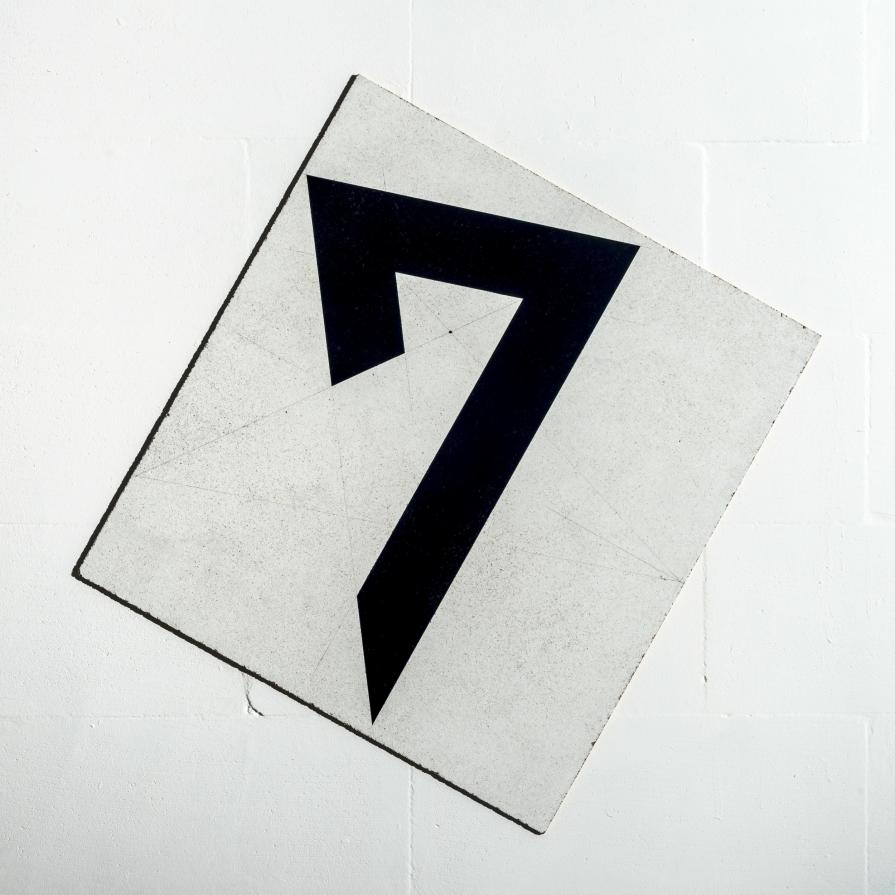 Painting, Ideas, Game / Fun, Beauty, Abstract geometrical, Mixed technique, 320x114cm
'After all, wouldn’t it help each of us to know how, for example, a monochrome peach-ish panel, with a hole precisely on the central point of the golden ratio, looks like when it is subjected to Newton’s universal law of gravitation? Wouldn’t that help us to solve some of the problems we are facing today, say like religious fanatism, global warming and the ongoing financial and economic crises? I, personally, think it will. And if we ever get to the solutions, we’ll have gone a long way. On this journey we might even have started to understand more about what art really was and still is and always will be, in particular how important it is to not make “sheer beauty” utterly subordinated to all other benchmarks of contemporary art. For, just hypothetical, if that would happen one day in the distant future, we may well have yet another global problem to solve.'

This should have been the last paragraph of the motivation of this project, but I changed my mind. Even though I still think it would have been an appropriate ending, I’ve decided that it is more useful as a starter. Here’s what normally would have come first:

Gravity is one of the ubiquitous powers that make our material environment what it is. What we see is subject to what we perceive as a natural equilibrium. As such, gravity is of great influence on how we develop our sense of balance. Not just physically; also our cognitive processes and sensory systems anticipate it day in and day out.

The notion of the “extreme and mean ratio” goes back to the Ancient Greeks, but it wasn’t until the 15th century that Luca Pacioli called it “La Divina Proportione”. From then on, besides being considered already for many centuries as a “precious jewel” for mathematical minds, it was also given an explicit aesthetical property.

The extent to which the golden ratio is an undeniable feature in what we recognize as aesthetically pleasing is an ongoing debate. One camp considers its artistic relevance too far-fetched, the other camp will defend it as, indeed, a divine proportion. Whatever the outcome of the rhetoric may be, if the golden ratio doesn’t actually establish a proportional balance, at least it must be acknowledged that it confirms what we conceive as conceptually and/or compositionally justifiable. Even when and where it is not applied deliberately, it is always possible to discern the ratio when it is present. In other words, it doesn’t matter whether the golden ratio is applied deliberatly or accidentally as a feature in a work of art: the point is that (a) if you start looking for it, you’ll find it even where you would not expect it – no matter in how many of the cases its detection could be objected as too far-fetched – and (b) mostly it naturally fits our sense of aesthetics, especially our sense of balance, proportion and composition.

This project is about how the equilibrium that is caused by gravity relates to the equilibrium that is caused by the use of the golden ratio in works of art. It is more a childlike than an artistic question (or any other kind of sophisticated wondering); nonetheless it is pertinent enough for me to feel the urge to see in what way these two phenomena affect one another from an aesthetical point of view and, rather on the side, how this interferes with the expectations of how a work of art is put up on a wall.

In search for a possible answer, I repeated the same exercise a number of times, following a very simple working method: I take the golden ratio as a prominent point of departure for a geometrical work on a wooden panel. Next I drill a hole on a spot that is representative for the implemented proportions and use it as an anchor point, i.e. as a balancing point for the work, through which it becomes subject to the laws of gravitation. This makes visible if a work, in its thus obtained position, still accords with how we normally perceive an exhibited painting or drawing or whatever, and it gives an idea of the extent to which the combination “Gravity / Golden Ratio” can conduce to the meaning of that work in terms of “sheer beauty”.

After all, wouldn’t it help each of us to know…

Has been liked by 11 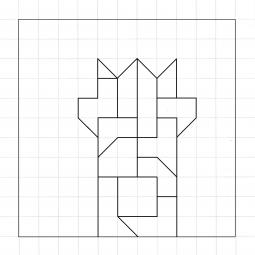