Installation, Technological, Still life, Ideas, Fantasy / Visionary, Various materials, 300x300x300cm
photography still life virtual scenography representation research lightening 3dprint fromsoundtoimage impossibleworlds newtechnologies
"Plastic vol. II, Spectrum" is a new chapter of an investigation on the relationship between photography and new technologies and on the ways of reconstructing and representing what can't be represented.
A "Spectrum" is the translation of audio tracks in visual objects, in "possible" microcosms created in a studio. To carry out this translation, the work operates a clinical approach in the analysis of the spectra of three songs by three new artists from Rome, Italy.
The spectrum already is, in its own way, a bi-dimensional representation of a certain mathematical relation between physical properties (amplitude in dB and frequency in Hz), as a distribution of dots in a diagram.
For every interval in time a specific combination of dots can be found forming a picture. Through the decomposition of each spectrum in small time intervals (of the duration of half a second), recurring structures can be found, as images that repeat hundreds of times throughout one same spectrum. The comparison of these structures creates analogies between what has been observed in the spectra of the same musician and differences with those of other musicians: in some way, one could say that the spectrum is, for a musician, a recognising sign just as a fingerprint, suggesting a link between creative and mathematic/physical identity.
Through a synthesis of shapes, there has been a following step in the translation of these recurring images into - initially virtual only - objects through the use of a CAD software and 3D printing.
It is at this point that photography can step in, thanks to the presence of a material object with which it can make contact. It is inserted in temporary installations built in a studio and forged depending on the shaped of each audio spectrum, with the aim of producing photographic objects that are the result of reassembling what was deconstructed in the first place: “mathematical landscapes” which pretend to be existing and possible worlds.
Super Young (Celeste Prize 2017)
16 I Like I don't like
0 Comments
202 Visits
Share

Has been liked by 16 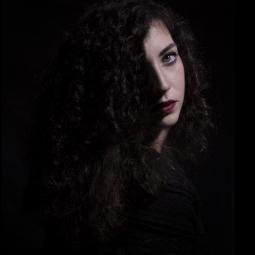