Installation, Human figure, Fantasy / Visionary, Political / Social, Various materials, 500x500cm
Other metals Various materials
With the progress of the information techonology of 21st century , the mysterious structures of the transmitters of the information of
humankind :BRAIN which probably had been sited on the top of the progress of the humankind , would had been inspected or investigated clearly by the BRAIN=SCIENCE scholars who had something with (unnsui)of (zenn) of the Buddism recently.
Their thought and life-style is very medical and scientifically different from those of the Christian Faith in which the concept of GOD had been sited in the center of the life of western society , conceptual and impracticable in the 20st century .
(zenn) of the 21st Century which had been closed to the BRAIN=SCIENCE , probably would have a power to export to the western society on the opposite of the 20th Century.

Has been liked by 15 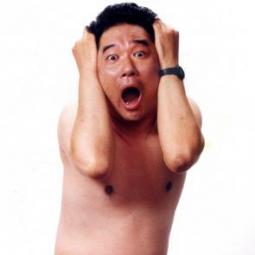