At the inauguration of the solo exhibitions of:
RONAK Moshiri
ELENA Morizio
MICHELE PUCACCO
The works of Ronak Moshiri show us past stories, ancient, veiled by the mists of time that wrap the protagonists figures of philosophical narrative and aesthetic of this painter.
The Persian artist's imagination has now invaded the contemporary scene seducing many art lovers attracted by the skilful spatula tract with which the artist gives body to those visions that transport us to a distant horizon, unknown, allowing us to cross a little the threshold of the mystery that surrounds him. Faces that appear in clouds of color, embraces nostalgic, detached expressions facing dimensions invisible to us, animals fleeting forms almost enveloped by their bodies were smoke, because the nature of these subjects is made of dreams, expressiveness; it is therefore a matter that has not an earthly body in its essence but becomes concrete thanks to the hand of Ronak Moshiri which acts as a medium between the sensitive and the visible. All this strong imagery of original and established aesthetics is not, however, the result of an intuition or perception whatsoever, but it is the result of extensive research which starts from an introspective reflection and extends to complex investigation that addresses the outside in every time dimension: the tradition, the fleeting modernity and the future uncertain.

The puzzles that dwell in the mirrors - Settlement, it is, by arcane germinations - usual fecondissime as admirable expressive pretexts - the Elena Morizio work is not only, or simply, a meticulous affect the enigmatic surface of the mirrors: it seems in fact quite a dizzy climbing to higher and immaculate spiritual heights. In such territories insist, this young and talented artist, the guidelines favorite: the pantheon of philosophy, psychology that turns into clairvoyance, among enchantments imaginative and remote truths along complex routes of the mind, often even extrasensory. Surprising, of '' evocative art 'of such a craftsman, the inner thickness that characterizes the progressive consolidation of its subject: a suspended lyrical tension in the air or in an aura sine tempore. Entity, then, rather than figures, her, or, of these, evanescent references, as resurrected through evocative, symbolic appearances. One is reminded of the Little Prince of Saint-Exupéry: "Do not you see things clearly with your heart. What is essential is invisible to the eye". The eyes, certainly, but not in the mirrors, where, if you are able to feel how much in them is already contained, it will be easy to reveal it and shape it so that it is visible to all. This is the order that is given Elena Morizio, picking up the baton from the hands of his master, Lorenzo Ostuni. Among the various horizons where so much uncertainty swirls alleged contemporary art, his is certainly an authentic expression of the spirit, as fascinating as lush.

Michele Pucacco born l 'July 1, 1963 in Sant'Elia a Pianisi, in the province of Campobasso, a small country that still clearly the values ​​of simplicity and authenticity of Molise people. After attending art school, he attended the Academy of Fine Arts in Bologna, graduating in 1988. He produces feverishly: his works reveal tensions and show firm commitment and artist's desire to conquer its own expressive dimension. In the crucial years of training it is led by the late Dr. Mario Razzano, owner of the studio Erreci Contemporary Art in Benevento, connoisseur and lover of contemporary artists. The Pucacco work is now followed with interest by critics, gallery owners and collectors. His works are included in several collections of great importance in Italy and abroad, as well as published in magazines including disigning (Light), Housewares, Casaviva. The artist's works have also been exhibited in prestigious venues such as: Palazzo Pitti in Florence, the Rocca dei Papi in Benevento, the Swabian Castle of Termoli, the Annunziata Hall of Bologna, the Villa Bianca Milan.

Curator of the exhibition:
Deborah Petroni 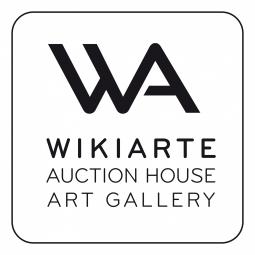